Consignment of US F-16 jet fighters to Cairo signals level of support for Egypt's President Morsi and Muslim Brotherhood from which he hails, say military experts
Ahmed Eleiba 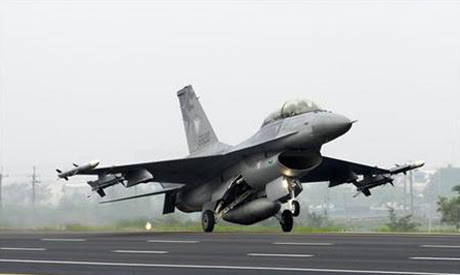 A F-16 fighter jet lands on a highway (Photo: Reuters)