Outposts Committee Report: Judea and Samaria Are Not Occupied Territories 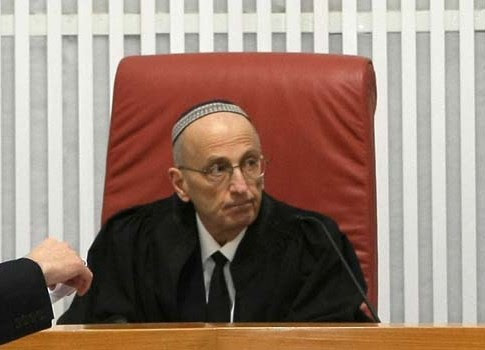 Judea and Samaria are not under occupation rule. This is the central finding of the “Outposts Committee” which was appointed to examine the legal status of Israel in Judea and Samaria, according to the daily Makor Rishon. The committee members, former Supreme Court Justice Edmond Levy, Circuit Judge Techia Shapira and jurist Dr. Allan Baker, this week have concluded the writing of their report which suggests adopting a new and old judicial framework regarding Israel’s status in Judea and Samaria.

The committee analyzed the historic and legal background of Judea and Samaria and concludes that the belligerent occupation approach must be discarded as reflecting Israel’s status in those areas. According to the committee’s approach, Judea and Samaria were in a judicial vacuum before the Six Day War. The reason was that the Kingdom of Jordan, which held those territories, did so against the rule of international law, and its sovereignty over them was recognized solely by Great Britain. Since Jordan was not the legal sovereign, the report argues, the territories cannot be defined as occupied in the legal sense of the word.

In addition, the committee offers a string of arguments showing that Israel itself has a legal connection to those territories, which is another reason why it is not an occupier.

The 90 page report, including addenda, discusses at length the issue of the outposts. Levy, Baker and Shapira fundamentally reject the legal line used by Attorney Talia Sasson in her report on the outposts. To their understanding, the vast majority of outposts can be defined as legal, since they are within the master planned areas of legal settlements whose establishment was approved by the government.


The committee further recommends that the Nature and Parks Authority declare thousands of acres in the Judea and Samaria as national parks, to facilitate the preservation of their environmental resources.

The next phase is expected to include bringing the report before the Ministers Committee on the Settlements, but the main question remains whether Netanyahu and Ne’eman will be able to force the judiciary system to adopt its recommendations.

It should be noted that committee members belong to Israel’s judicial elite. Chairman Edmond Levy was considered unique among Supreme Court justice in his sensitivity to social issues. Techia Shapira is a sitting Circuit Judge in Tel Aviv. Dr. Allan Baker is an expert on international law and served as legal consultant to the foreign office. Among other things, he participated in formulating the Oslo Accords.