Ever since I can remember, I have always been a Zionist 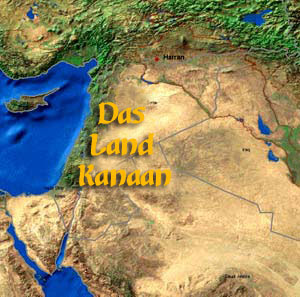 http://www.voiceofthecopts.org/op-eds/ever-since-i-can-remember-i-have-always-been-a-zionist/
Ever since I can remember, I have always been a Zionist

Ever since I can remember, I have always been a Zionist. To understand this, we have to go back to my childhood, in fact my school days. I have always heard an extremely negative and detrimental description about the Jewish people, that they are the most cunning, mean, ruthless, selfish, self centered, conniving, greedy and sick people. I always used to counter-question those in authority about why are they supposed to be so bad, and I always got very petty reasons, saying because they killed innocent Muslims and still are killing so many innocent Muslims in Palestine, and mainly because they killed so many prophets. I had never personally met a Jew in my life (actually I still have not met any), but from what I had seen, heard and read in the media, they seemed like pretty normal people with two hands, two feet, two eyes, two ears and a nose, and they definitely do not have horns on their heads. It was only recently that I discovered that the Jews are actually the oppressed and not the oppressor as otherwise claimed by the Arabs. To understand my point of view, it is very vital that you all know the true historical background of Israel and the Jews. This lesson in history is especially imperative for the ignorant and misinformed Muslims who are totally oblivious to the facts, so here it goes.

1. Israel became a nation in 1312 BCE, two thousand years before the rise of Islam. 2. Arab refugees in Israel began identifying themselves as part of a Palestinian people in 1967, two decades after the establishment of the modern State of Israel.

3. Since the Jewish conquest in 1272 BCE, the Jews have had dominion over the land for one thousand years, with a continuous presence in the land for the past 3,300 years.

4. The only Arab dominion since the conquest in 635 CE lasted no more than 22 years.

5. For over 3,300 years, Jerusalem has been the Jewish capital. Jerusalem has never been the capital of any Arab or Muslim entity. Even when the Jordanians occupied Jerusalem, they never sought to make it their capital, and Arab leaders did not come to visit.

9. In 1948 the Arab refugees were encouraged to leave Israel by Arab leaders promising to purge the land of Jews. Sixty-eight percent left without ever seeing an Israeli soldier.

10. The Jewish refugees were forced to flee from Arab lands due to Arab brutality, persecution, and slaughter.

12. Arab refugees were intentionally not absorbed or integrated into the Arab lands to which they fled, despite the vast Arab territory. Out of the 100,000,000 refugees since World War II, theirs is the only refugee group in the world that has never been absorbed or integrated into their own people’s lands. Jewish refugees were completely absorbed into Israel, a country no larger than the state of New Jersey.

13. The Arabs are represented by eight separate nations, not including the Palestinians. There is only one Jewish nation. The Arab nations initiated all five wars and lost. Israel defended itself each time and won.

14. The PLO’s Charter still calls for the destruction of the State of Israel. Israel has given the Palestinians most of the West Bank land, autonomy under the Palestinian Authority, and has supplied them.

15. Under Jordanian rule, Jewish holy sites were desecrated and the Jews were denied access to places of worship. Under Israeli rule, all Muslim and Christian sites have been preserved and made accessible to people of all faiths.

16. The UN Record on Israel and the Arabs: of the 175 Security Council resolutions passed before 1990, 97 were directed against Israel.

18. The UN was silent while 58 Jerusalem Synagogues were destroyed by the Jordanians.

19. The UN was silent while the Jordanians systematically desecrated the ancient Jewish cemetery on the Mount of Olives.

20. The UN was silent while the Jordanians enforced an apartheid-like a policy of preventing Jews from visiting the Temple Mount and the Western Wall.
If you consider the above facts, you will see that the state of Palestine never existed in history. When the Romans changed the name of Israel to Palestine, the people living there at the time were Jews, not Arabs. If there had been a “Palestinian People,” which there never was, they would have been Jews. Israel was called Palestine for two thousand years. Before the Israelis won the land in war, Gaza belonged to Egypt, and there were no “Palestinians” then. The West Bank belonged to Jordan, and there were no “Palestinians” then. The only reason that Muslims want Israel is because of their hatred toward Jews, Judaism, and anything that is not Muslim.

Muslims believe in only one thing, that is, hatred. They hate everyone, whether they are Christians, Jews, Hindus, Buddhists, Atheists or anyone who is not a Muslim. Because of the hate-filled teachings of Muhammad, Islam is in a constant state of war with every religion on the planet. But did you notice? None of these other religions are at war with each other, at least not in the current state of affairs.

They even hate Muslims who are not from the same sect, that is, Shias hate Sunnis and vice versa. Mohammed indeed created a monster, and that is Islam. Even after 14 centuries, that monster continues to haunt us and will continue to do so unless and until we do something to stop it.