Belatedly Recognizing Heroes of the Holocaust 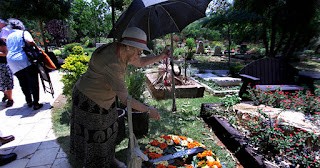 HORASHIM, Israel — When 20 people gathered for a modest ceremony in the tranquil cemetery of this kibbutz in central Israel last month, the intimacy and quiet dignity of the event belied the tumultuous historical forces coursing beneath it.