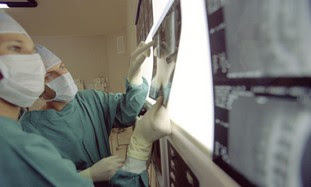 
Over 200 medical residents said they would not show up to work on Monday after another round of talks with the Finance Ministry failed to make any progress.

Two weeks ago, the National Labor Court prevented medical residents from resigning en masse from their hospital posts. The court ordered residents and the Finance Ministry to engage in intense negotiations in order to resolve the labor dispute. Residents say that only three meetings were held in the past two weeks. They had sought intensive daily meetings with the Treasury.

Ahead of the current move, the residents kept their plans quiet until the last minute to avoid a court injunction, Army Radio reported.

The hospital doctors want the labor accord reached with the Israel Medical Association (IMA) at the end of August to be in effect for less time than the nine years agreed upon.

The High Court of Justice announced Sunday that a petition filed by residents against a National Labor Court ruling preventing their collective resignations will be heard before a panel of three High Court justices.

“The limited dialogue that took place did not produce results,” Justice Hanan Melcer announced late Sunday afternoon, as he said he would now advance the petition to a hearing before a panel. Melcer asked for that decision to be brought to the attention of Prime Minister Binyamin Netanyahu (formally health minister), Finance Minister Yuval Steinitz and Deputy Health Minister Ya’acov Litzman.

Justice Melcer’s decision came after lawyers for both the state and the residents informed the High Court on Sunday they had failed to move forward in the negotiations set out by the court October 27.

Last month, thousands of residents staged walkouts from their hospital jobs before being ordered back to work by the labor court. In addition, mass protests were held with over 1,000 medical residents and medical students.