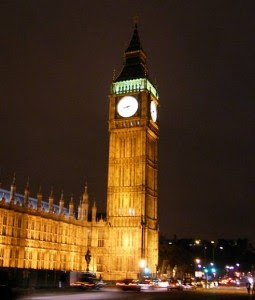 Lawyer claims that thousands of leading Islamists will soon arrive in Egypt from a variety of notorious centres for radical Islam – including Afghanistan, Somalia, and Chechnya.

Ibrahim Ali, an Egyptian lawyer who works with Islamist groups, has claimed that thousands of leading Islamists from around the world are preparing to return to Egypt in the next few days in light of the regime change. According to the Egyptian Al Masry Al Youm, Ali predicted that:

‘3000 leading figures of the Jama’a al-Islamyia and Egyptian Islamic Jihad groups will return to Egypt in a few days, as their names have been dropped from the “wanted” list maintained by Egyptian security forces.’The article then quotes Ali’s list of where the individuals are coming from, citing many countries well-known as breeding grounds for radical Islam – alongside London:

‘They are coming back from Afghanistan, Chechnya, Bosnia, Somalia, Kenya, Iran and London’.

The article concludes by naming three such prominent Islamists, including one from London:

‘Among those waiting to come back are Osama Rushdi, who lives in London, Hussein Shemeis, who was convicted of the assassination attempt on ousted President Hosni Mubarak in Addis Ababa, and Mohamed Shawki al-Islambolly, brother of Khaled al-Islambolly, who assassinated former President Anwar Sadat.’

Comment: One of the endgames of this wonderful "democratic" revolution-if you did not anticipate this then you are even more uninformed than I imagine-MB's strategy is emerging, in less than 2 years Egypt will be under the MB's control.
Posted by GS Don Morris, Ph.D./Chana Givon at 5:46 PM