The imperative of Jewish sovereignty 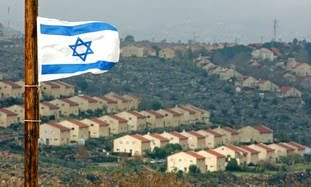 Jewish sovereignty speaks to the purpose and promise of the State of Israel and to everyone who is inspired by that vision.

As the PA/PLO presses for UN recognition of statehood, the question of who has sovereign rights over Judea and Samaria becomes critical. Historically and legally part of the Jewish national homeland, it is also claimed by Palestinians. To whom does this area belong? A uniquely Jewish definition of sovereignty provides a compelling answer.

Sovereignty, the ability of a government to act independently and in its own interests, is the essence of statehood. Applying just authority and institutions to assure the protection and well-being of its citizens are what conventional statehood is about. Arelatively modern concept associated with 16th-century French philosopher Jean Bodin, then later with Hobbes, Rousseau, Hegel and others, sovereignty is the expression of national independence and the right and responsibility to rule. And here is the rest of it.
Posted by GS Don Morris, Ph.D./Chana Givon at 6:18 PM