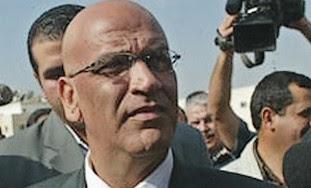 PA chief negotiator tells US envoy no talks without concessions.

RAMALLAH, West Bank — The Palestinians have warned a US envoy that it will be difficult to revive peace talks if Washington cannot stop Israel from demolishing Arab homes or building for Jews in east Jerusalem, their chief negotiator said Friday.

Palestinian chief negotiator Saeb Erekat said he warned Mitchell in a letter that the demolitions, along with Israeli plans to build more houses for Jews in east Jerusalem, threaten peace prospects "If the United States cannot stop these measures, then the Israeli practices will lead to undermining all efforts that have been exerted to revive the peace process," Erekat said he wrote to Mitchell.

White House envoy George Mitchell is expected to try to persuade Palestinian President Mahmoud Abbas in a meeting Saturday to agree to direct negotiations with Israel. Abbas aides say they expect Mitchell to tell the Palestinian president what Israel is prepared to do to make that happen.

Abbas has said he won't return to the negotiating table unless Israel freezes all settlement construction in the West Bank and east Jerusalem.

Abbas also wants Israeli assurances that talks will pick up where they broke off under Netanyahu's predecessor in December 2008. Prime Minister Binyamin Netanyahu has declined to make such a commitment.

Comment: Equal application of the law only applies to Israel?
Posted by GS Don Morris, Ph.D./Chana Givon at 5:21 PM