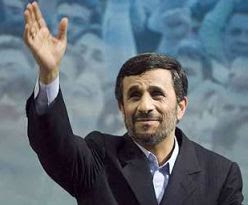 An Iranian procurement firm linked to Iran's nuclear program has obtained hardware for uranium enrichment which was manufactured by a French company that until recently was owned by American industrial conglomerate Tyco International, the Wall Street Journal reported on Saturday.

The Journal reported that over the last few weeks the private Iranian firm purchased critical valves and vacuum gauges from an intermediary Chinese company based near Shanghai.
Both the French and the United States firms denied knowledge of the business transaction, The Wall Street Journal reported, adding that Western authorities are currently investigating how the gauges and valves reached Iran despite sanctions intended to prevent such equipment from entering Iran.


According to a Vienna-based diplomat, The International Atomic Energy Agency has been aware of the transaction since January and is probing the matter, the journal reported.

"Some deliveries got through [to Iran], others didn't," the Wall Street journal quoted an investigator familiar with the IAEA probe, who added that it is not uncommon that manufacturers are unaware of the destination of the products manufactured in their companies.

Shortly after the report was published Saturday Iranian President Mahmoud Ahmadinejad said that actions against Iran over its nuclear programs would just increase the country's motivation for more technological progress.

"You cannot intimidate our nation by such threats and cannot hinder our progress," Ahmadinejad said in a speech in Sirjan in south-eastern Iran, where he inaugurated an industrial project.

"The more you [the world powers] try to hinder us by force, the more such threats will increase the people's motivation," he said in the speech carried live by the news network Khabar.

U.S. President Barack Obama told CBS on Friday that evidence shows Iran is attempting to develop nuclear weapons, adding that he felt his administration should continue the pressure on Tehran to cooperate with the international community over its contentious nuclear program.

Earlier Friday, Iran's chief nuclear negotiator Saeed Jalili said after meeting China's foreign minister and other officials in Beijing that Iran and China agreed during talks in Beijing that sanctions are "not effective."

"In our talks with China it was agreed that tools such as sanctions have lost their effectiveness," Jalili told a news conference in the Chinese capital, speaking via a Chinese translator.

Asked if China backs sanctions on Iran over its nuclear program, he said: "It's up to China to answer that."

Jalili also said that international sanctions would not prevent Iran from pursuing its nuclear activities. "Iranians are familiar with sanctions ... We consider sanctions as opportunities ... We will continue our [nuclear] path more decisively," Jalili said.

The United States and Israel, meanwhile, have both been making efforts to engage China in pursuing harsh international sanctions against Iran over the latter's contentious nuclear program.

Last week China announced for the first time that it would consider going along with sanctions against Iran, even though its final decision will be made following talks in the UN Security Council over the substance of the resolution that will be brought for a vote.

Meanwhile, A U.S. intelligence report on the proliferation of nuclear, chemical and biological weapons and missiles in 2009 was delivered to Congress last week. The unclassified version concluded that the Chinese government has implemented, during the past two years, legislation that is meant to monitor the export of banned items, but enforcement is not complete.

"Chinese entities" continue to sell items "related to missiles" to many clients, including Iran, according to the report.
http://www.haaretz.com/hasen/spages/1160715.html
Posted by GS Don Morris, Ph.D./Chana Givon at 1:14 PM