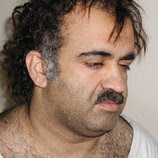 The war on terror is over. The decision to prosecute the self-proclaimed mastermind of the Sept. 11 attacks, Khalid Shaikh Mohammed, along with his al Qaeda cohorts, in federal court marks a political watershed. President Obama seeks to return America to a pre-Sept. 11, 2001, mind-set. Terrorism is to be treated - as in the 1990s - as a criminal law enforcement matter. The administration's decision to hold Mohammed's trial in a New York City civilian court, just a few blocks away from ground zero, is irresponsible and grotesque. Foreign terrorists who commit atrocities against American civilians will be given full constitutional and legal protections. They are to be treated like any common murderer or rapist. This will embolden jihadists to wage more terrorist attacks on U.S. soil.

Ironically, the administration has provided an incentive for Islamists to strike us here rather than abroad. Captured insurgents who have killed American troops in Afghanistan or Iraq are tried under military commissions. Attorney General Eric H. Holder Jr. has announced that the perpetrators of the 2000 attack on the USS Cole, which killed 17 American sailors, will be tried in a military tribunal. Yet the Sept. 11 terrorists are held to different standards.

Hence, terrorists who murder Americans overseas are tried under more severe, limited legal conditions. But Mohammed and his henchmen are rewarded with a civilian trial and all its extra privileges and rights. The message to jihadists is clear: Leave the mountains of Afghanistan and come to kill in America; Uncle Sam will pick up the tab for the trial and provide you with an attorney, too.

Under our criminal justice system, Mohammed will be allowed to review all the information the prosecution has amassed against him. The U.S. government will be compelled to disclose its intelligence-gathering methods and sources (including those working undercover who have infiltrated al Qaeda groups). Our intelligence network will be badly compromised in the name of preserving Mohammed's civil rights.

This is an act of unilateral disarmament in the face of Islamist fanatics. We have been down this road before. Following the first attack on the World Trade Center in 1993, the so-called "blind sheik," Omar Abdel Rahman, was tried in a U.S. civilian court.

Upon learning that the U.S. government was aware of about 200 other co-conspirators, Rahman's associates faxed their names within hours to Osama bin Laden, who was then in Sudan. Bin Laden warned his al Qaeda followers that their cover had been blown and ordered them to go into hiding. Many of them would play key roles in subsequent terror acts - including the 1998 U.S. Embassy bombings in East Africa. A civilian trial transmitted our intelligence secrets to al Qaeda and crippled our anti-terrorist capabilities.

Since Sept. 11, the great divide between conservatives and liberals has been over the nature and meaning of that fateful day. For most parochial leftists, the event was a blip on the geopolitical radar screen. The Irish Republican Army, Basque separatists, the Colombian FARC - many countries, they argue, have to deal with potent terrorist movements. Why should America be any different? If traditional law enforcement tools have worked for Britain or Spain, they also should work for America. Yet those terrorist groups are fighting for limited, narrow national goals - a unified Irish Catholic republic, an independent Basque homeland or a Marxist Colombian state.

According to conservatives, however, the Sept. 11 attacks rightly signified something more profound and historic: the clash of civilizations between radical Islam and the West. Mohammed is part of a transnational political-religious movement that seeks to spread Shariah law through revolutionary violence in every country, from Europe to America, Asia to the Middle East. In other words, Sept. 11 was not a crime but an act of war.

Islamic radicals are using our moral relativism and desire for appeasement against us. When Mohammed was captured, he smugly told his American interrogators: "I'll see you in New York with my lawyer." He understood it was only a matter of time before the American giant became paralyzed with guilt and national self-abnegation.

Mohammed's trial will degenerate into a circus. His lawyer will claim that the case should be dismissed because Mohammed was not read his Miranda rights.

The next argument will be that a New York jury cannot be impartial and that a fair trial will be impossible. Then Mohammed will claim he was tortured, for he was waterboarded 183 times. Human rights groups will rally around him.

He will play to the Islamic world, portraying himself as a victim of an imperialist, racist America bent on oppressing Muslims. He will have a forum to gloat and showboat before the Sept. 11 victims' families as the trial grinds on for years.

It is only fitting that America's celebrity-in-chief should transform the war on terror into an extension of our narcissistic, self-absorbed celebrity culture. Mr. Obama's decision may play well with his adoring leftist fans in Hollywood and Europe. But in the real world - the dark caves of Afghanistan, the harsh tribal areas of Pakistan, the smoldering deserts of Somalia - it signifies that the American superpower is no longer serious about waging the war on terror. Mr. Obama has waved the white flag of surrender.

Jeffrey T. Kuhner is a columnist at The Washington Times and president of the Edmund Burke Institute, a Washington-based think tank. He is the daily radio host of "The Kuhner Show" on WTNT 570-AM (www.talk570.com) from noon to 3 p.m.
Posted by GS Don Morris, Ph.D./Chana Givon at 9:15 AM

Many institutions limit access to their online information. Making this information available will be an asset to all.
Research Paper