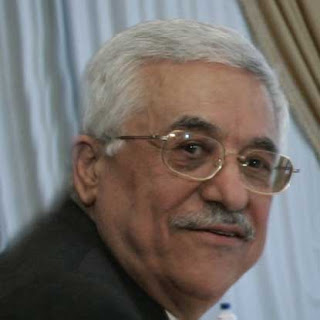 According to Palestinian officials close to the peace negotiations, Israel has presented a revised map showing a proposed withdrawal from all but 8.5 percent of the West Bank, offering a larger land concession than an earlier map but still less than what the Palestinians are demanding, The claim, however, is being discounted by Palestinian negotiator Saeb Erekat and other senior PA officials. Palestinian Authority President Mahmoud Abbas said on Sunday that peace talks are actually stalled, and it is doubtful the sides can reach the goal set by US President George W. Bush last November of a major peace deal by the end of 2008.

Abbas told a Fatah Revolutionary Council meeting yesterday that, “Nothing has been achieved in the negotiations with Israel yet," according to the Al-Ayyam daily. Abbas cited the new corruption probe against Israel leader Ehud Olmert and the American presidential elections as distractions from the peace talks.

Nonetheless, other Palestinian officials say that three days ago Israel offered the updated map which increased the area for a Palestinian state from 88% to 91.5% of the West Bank. Israel wants to retain the main Jewish settlement blocs and exchange land inside Israel needed for a Palestinian land corridor between Gaza and Hebron.

The officials, who asked to remain anonymous, said the PA is prepared to exchange only 1.8 percent of the West Bank for land in Israel.

Israeli officials declined to respond to reports on the proposed map, which reportedly does not include any suggested boundaries for east Jerusalem as the current Olmert government is afraid to touch that thorny issue until the end of the negotiating process.

Why does a murderer like Bar-Abbas get billions of $ in aid & 1/2 of Israel against GOD's commandment in Zechariah 12:1-3? Does the western world really want civilization to descend into the pits of hell. Abbas should have been sent to death row & been executed. USA criminals on death row ask why are they being executed & Abbas receives 1st class status?