Judea and Samaria is the Real Promised Land 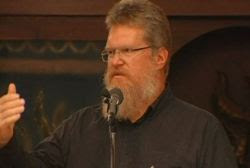 Watch excerpts from this week's special event, featuring Judea and Samaria residents who spoke from their heart to Jewish Americans.
by Elad Benari
Published: 21/07/11

Arutz Sheva brings you the following video with excerpts from Sunday’s special event featuring prominent residents of Judea and Samaria, who came to the Silver Springs Jewish Community Center in Silver Springs, Maryland and spoke to Jewish Americans about the heartland of Israel. One of the evening’s speakers was Tommy Waller, a Christian who founded HaYovel, a volunteer organization helping Jewish farmers.

Waller, who grew up in Nashville, Tennessee, where he never met any Jewish people, recalled his first visit to Israel eight years ago, during which he ended up on Mount Gerizim near Shechem.

“I ended up on that mountain with a man named Nir, a Jewish man, born in Israel, from Kfar Saba,” said Waller, adding that Nir showed him a vineyard in the area and spoke of his dreams, as described by the prophets in the Tanach, to build vineyards in Samaria. It was this encounter that inspired Waller to help Jewish farmers.