Demonizing Israel is bad for the Palestinians 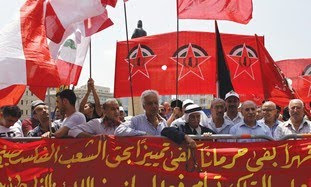 The negative focus on Israel by the global media has harmed the Palestinians’ interests for decades.


Since the establishment of the State of Israel, the international media have been unhesitant in criticizing the Jewish state on almost everything. This has evolved into a media culture by itself, to the point that many internationally renowned newspapers would have a button labelled “Israel” or “Israeli-Arab conflict” on their Web sites including very little positive content about Israel. Media hostility toward Israel has been mainly focused on its military operations and, in more quiet times, on the living conditions of the Palestinians in Israel. Amazingly enough, the international media, and particularly the Western ones, pay very little attention to the conditions of the Palestinians living in Arab countries, despite the extreme oppression they have been enduring for decades in most Arab countries.

These Palestinians do not have someone to speak for them in the global media, possibly because a news story about countries other than Israel is less interesting or “sexy” by media standards. This tendency to blame Israel for everything has lead to the development of numerous myths about the situation of the Palestinian there that have provided an excuse to purposely ignore and compromise the human rights of the Palestinian in many Arab countries.

THE EXAMPLES for that are plentiful and sometimes cross the line into tragic comedy. While the world is crying over the Israel-imposed blockade on Gaza, the media, for some unknown reason, choose to deliberately ignore the conditions of the Palestinians living in camps in Lebanon.

Lebanon, a country with some of the most hostile forces to Israel, has been holing up Palestinians inside camps for almost 30 years. Those camps do not have any foundations of livelihood or even sanitation and the Palestinians living there are not allowed access to basics such as buying cement to enlarge or repair homes for their growing families. Furthermore, it is difficult for them to work legally, and are even restricted from going out of their camps at certain hours. Compare this to the fact that Palestinian laborers were still able to go to work every day in Israel while Hamas was carrying out an average of one suicide bombing per week a few years ago, and until recently launching missiles daily on southern Israel. Not to mention the fact that Israel allows food items and medications into Gaza if handled through the Palestinian Authority.

The Lebanese atrocities toward the Palestinians have been tolerated by the international community, not only by the media. Today, while some Israeli military commanders have to think twice, in fear of legal consequences, before they visit London or Brussels, well-known Lebanese leaders who had directly participated in mass killings of Palestinian civilians, during and after the Lebanese civil war, are becoming world-respected political figures – Nabih Berri, for example, the leader of Amal Shi’ite militia who enforced a multi-year siege on Palestinian camps, cutting water access and food supplies to them. The Palestinians underBerri’s siege were reported to be consuming rats and dogs to survive. Nonetheless, he has been the undisputed speaker of the Lebanese parliament for a long time. He travels frequently to Europe and criticizes Israel for its “crimes against the Palestinians” on every occasion.

MANY OTHER Arab countries are no different than Lebanon in their ill-treatment and discrimination against the Palestinians. Why do the media choose to ignore those and focus only on Israel? While the security wall being built by Israel has become a symbol of “apartheid” in the global media, they almost never address the actual walls and separation barriers that have been isolating Palestinian refugee camps in Arab countries for decades.

While Palestinians targeted by the IDF are mostly fighters pledging war on Israel, the world swiftly overlooked the Sabra and Shatila massacre in which Lebanese Christian and Shi’ite militiamen butchered thousands of Palestinian women and children. Unsurprisingly, the international media accused Israel of being responsible for the massacre, despite the fact that live testimonies aired by Al-Jazeera satellite television a few years ago show massacre survivors confirming that IDF commanders and soldiers had nothing to do with the killing.

The demonization of Israel by the global media has greatly harmed the Palestinians’ interests for decades and covered up Arab atrocities against them. Furthermore, demonizing Israel has been well-exploited by several Arab dictatorships to direct citizens’ rage against Israel instead of their regimes and also to justify any atrocities they commit in the name of protecting their nations from “the evil Zionists.”

This game has served some of the most notorious Arab dictatorships, and still does today, as any opposition is immediately labelled “a Zionist plot.”

This model had served Gamal Abdel Nasser in ruling Egypt with an iron fist until he died, and was the main line for Saddam Hussein, who was promoting that “Iraq and Palestine are one identical case” in his last years in power.

The global media must be fair in addressing the Palestinians’ suffering in Arab countries and must stop demonizing Israel. It should start focusing on the broader conditions of the Palestinians in the Middle East region.

There is much to see.

The writer, a Jordanian of Palestinian heritage, is a researcher at the University of Bedfordshire.
Posted by GS Don Morris, Ph.D./Chana Givon at 4:46 PM